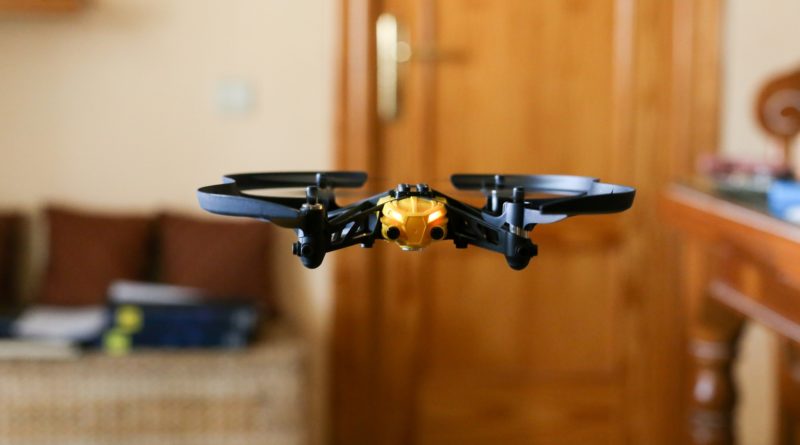 What Exactly is an RC Drone Anyway?

In today’s world, an RC drone refers to a remote controlled multi or single rotor aircraft.  These “drones” are available in many different sizes and rotor configurations, depending on what they’re used for; ranging from tiny toy quadcopters that easily fit into the palm of your hand, to crazy fast FPV racing drones that can fly at ridiculous speeds, all the way up to much more massive octocopters increasingly being used in the filming and agriculture industries.

These modern machines are not like the RC planes and helicopters of the past. The advancement of inexpensive small sensor technology, brought on by the smartphone era, has paved the way for these aircraft to be much more user friendly.

There‘s literally a tiny computer inside that acquires all sorts of data from multiple sensors. Flight is now as smooth as possible, due to the feedback from these sensors constantly making tiny corrections in the speeds of the rotors, keeping the craft oriented in the desired direction. Some of them can even fly autonomously, following a predetermined flight path via waypoints & GPS or returning to the launch point on its own, in the event of a loss of transmitter signal or low battery. Most of the waypoint capable drones can be controlled with a smartphone or tablet that uses an app and google maps to show the real time position as well as program new waypoint missions on the fly…(pun kind of intended).

Drones are Getting Smarter

Some of the high end models now incorporate obstacle avoidance systems & radar. These “smart” drones know to move around stuff that’s blocking their path during functions like return to launch and follow. Other versions have a vision system. Small cameras and sonar sensors function to hold the drones position and altitude, without the aid of GPS – functionality that makes super precise indoor flight possible, even for beginners.

The smooth, controlled flight allows for some really cool video too, as a lot of drones come with their own camera and gimbal system or allow for your own action camera and gimbal to come along for the ride. It really does put a whole new perspective on your world when you view it from your RC drone in crisp 4K video!

Check out the best place to buy a drone.

In the past year, the market for drones has exploded. Manufacturers are unveiling new products all the time and with the FAA releasing the new rules for operating RC drones commercially, the market and technology will only grow even more.

Usage of the term drone, though, has not been widely accepted by all of us hobbyists…

So What’s Wrong With Calling Them RC Drones?

Most people in the RC world (myself included) have been reluctantly accepting the usage of the term.

To us, drones are used mostly by the military and referred to aircraft like the Predator attack drone or Reaper drone…cold, faceless machines used for combat & recon operations.

In most RC circles, these cool new RC gadgets were simply called quadcopters, hexacopters, octocopters, etc…, referring to the number of rotors they used to produce their lift. The stigma attached to the term “drone” didn’t really belong with these new devices.

Undoubtedly that has led to a lot of negative media attention associated with the term drone, enough to cause the FAA to try and regulate the industry. Even the once safe hobby RC pilot is now forced to register their drone, with the federal government, if its total weight exceeds 0.55 lbs (even if the rule contradicts the FAA Modernization and Reform Act of 2012). The US Department of the Interior even went so far as to ban them from all U.S. National Parks, so their use wouldn’t disturb the wildlife.

Related: Check out…How to Register a Drone – In 5 Easy Steps

Let’s face it…they haven’t really been portrayed in the best light so far.

What Else Should They Be Called?

Unmanned aerial vehicle, or UAV, is another widely used term by a lot of folks to describe RC drones and it’s even used by the military too. But I don’t necessarily like it since, technically, a paper airplane falls into that category and I would not consider a paper airplane a drone! I guess you could go far enough to say all drones are UAVs but not all UAVs are drones…

RC quadcopter or hexacopter aren’t bad choices, but it just doesn’t have the same ring to it. Plus, it would be hard to determine at a quick glance how many rotors the aircraft actually had and you wouldn’t know what to call it. “Hey, check out that hex…no is that a? Ok, I see it now. It’s definitely a quadcopter”.

RC drone, or drone is just easier for people I guess.

Justifying Calling Them “RC Drones”, Making a Case for It

There’s no way around it. The term’s not going anywhere, especially now that companies are even including the word drone in some of their product names. So it seems the media and general public aren’t backing down with usage of that term, in fact it’s ever increasing.

Let’s look to the definitions of the term. Maybe we can get a little more comfortable with it if we knew it actually made some sense.

The term “RC” is short for radio controlled, and refers to the control of an object or device remotely via a radio transmitter. The transmitter sends commands to a receiver, that controls some sort of motor or other actuator. Alright, sounds ok to me – so far so good.

If you ask Google to define drone, you’ll get 4 definitions…

“A male bee in a colony of social bees that does no work but can fertilize the queen”…hmmm, not quite.

“A remote controlled pilotless aircraft or missile”…yes, that sounds like it

Wow, OK. So three out of the four definitions are actually pretty spot on.

Let’s see what the dictionary says…

So it would seem that, by definition, the term “RC drone” is not that bad a choice in describing most RC multirotors. Considering what these really are and especially the sound they emit, these definitions were a lot closer than I expected.

Most people though, still define a true drone as having some sort of goal, or mission. Whether it’s making a delivery (see this post on frozen yogurt delivery via drone), spraying crops, land surveying, remote inspection or even attacking a target. And while some of the personal drones out there may be capable performing some “missions” or predefined specific tasks, most of them are flown for pure recreational purposes – just for the fun of flying.

Even so, there’s no use fighting it anymore. The term has found its own path, it’s here to stay. Plus…it’s much harder to communicate and share knowledge when people aren’t using the same terminology. And there’s a lot more people referring to them as drones than any other name. So if by all of us using the term RC drones we help to increase their popularity, help the industry grow, and replace a lot of the negative attention with positive…well then I would definitely be cool with that.

What are your thoughts?  What does the name “RC drone” mean to you?  I’d love to hear your feedback.   Feel free to drop a comment below!

4 thoughts on “What is an RC Drone? Definition & Info”